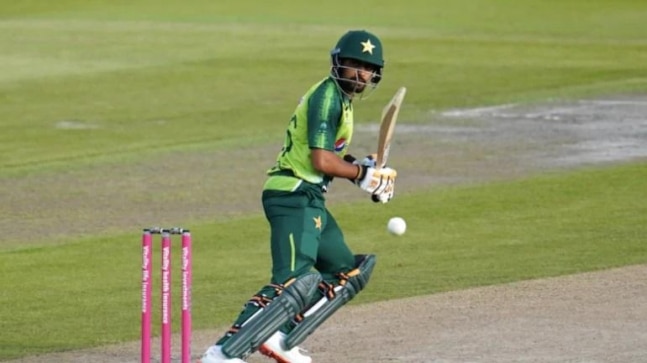 Babar Azam, who became the Pakistan skipper in all three formats in November this year, scored 473 runs in 12 matches in PSL 2020, and has been rewarded for his performance.

Pakistan skipper Babar Azam, who was the player of the season in PSL 2020, has joined the Platinum category for the upcoming season of the Pakistan Super League.

Babar Azam, who became the Pakistan skipper in all three formats in November this year, scored 473 runs in 12 matches in PSL 2020, and has been rewarded for his performance.

Taaza tareen! As we inch closer to the #HBLPSLDraft, have a look at the category renewals! pic.twitter.com/DR6UwoKitL

The Pakistan Super League 2020 was won by Karachi Kings in a thriller of a final played on November 18 in Karachi this year.

Some of the other players who have been rewarded for their performance in the last season include pacer Mohammad Hasnain, who moved up from Gold to Diamond after ending as Quetta’s leading wicket-taker in the PSL 2020 with 15 wickets.

Qalandars pacer Haris Rauf’s meteoric rise continues as the fast bowler moves up from Gold to Diamond. He is the leading wicket-taker in 2020 with 57 scalps at 19.57.

With the player draft system now ready for the next season, the Pakistan Cricket Board has set the ball rolling for the 2021 season. The system is very different to IPL where players go through an auction.

The Pakistan skipper currently is in New Zealand where he has been ruled out of the first Test against the Black Caps on Boxing Day, due to a thumb fracture.

Babar, 26, sustained the injury during a practice session in Queenstown last week and was ruled out of the ongoing three-match Twenty20 series. Opening batsman Imam-Ul-Haq will also miss the game after fracturing his left thumb during a net session.