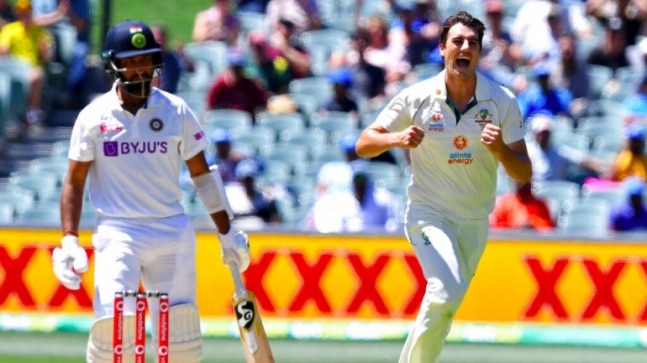 Mark Taylor said India’s best chance will be to put runs on the board in their first innings and then look to put pressure on Australia with their bowling attack in the Boxing Day Test in Melbourne.

Former Australia captain Mark Taylor urged Team India to move on from the Pink-ball Test horror show and look to put as many runs on the board as possible in order to bounce back in the series when they face the hosts in Melbourne on Boxing Day.

India trail 0-1 in the four-match series after going down inside 3 days despite taking a 53-run first innings lead in the Pink-ball Test in Adelaide last week.

They were bowled out for their lowest Test score of 36 in the 2nd innings by Josh Hazlewood, Pat Cummins and Mitchell Starc after having dominated the first two day of the match.

Which is why Taylor said India’s best chance will be to put up a strong show in their first innings and then look to put pressure on the Aussies with their world-class bowling attack.

“India can’t let one bad innings define their tour. If you put the Adelaide match into perspective, they probably won the first two days. Obviously, they got belted on the third, but you’re allowed to have one bad day. The key will be to see how they bounce back.

“I think day one in Melbourne is absolutely crucial for India’s chances in the series. I think it’s certainly going to be tougher for them to bounce back without Kohli, obviously they’ve lost an outstanding batsman. But the bigger hole to fill is his leadership, and the drive he gives the side.

“That will be the area that Rahane and the team management will have to be conscious of, and I’m sure they will be. They’ll have been working hard, firstly to put Adelaide behind them, and secondly to make sure they hit the ground running on Boxing Day,” Taylor was quoted as saying by Wide World of Sports.

India will be without two key players in the second Test – Virat Kohli and Mohammed Shami. To that, Taylor said India still has Cheteshwar Pujara and Ajinkya Rahane in their ranks who can take on the Aussie attack in Melbourne.

“India’s best chance is to put runs on the board. They’ve still got some very fine players. Obviously (Virat) Kohli leaves a big hole in terms of batting and leadership, but they’ve still got (Cheteshwar) Pujara and (Ajinkya) Rahane.

“If they put runs on the board, they’ve got the bowling attack to take 10 wickets. If India have runs to play with, their bowlers can do the job,” Taylor added.