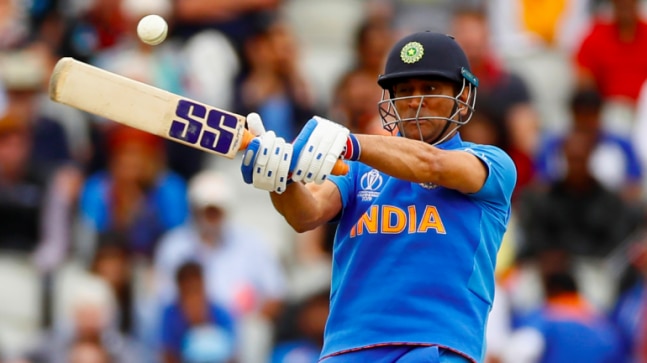 MS Dhoni was keen to play the Syed Mushtaq Ali tournament earlier this year to prepare for IPL 2020 but the tournament got delayed due to the coronavirus pandemic.

Former India captain MS Dhoni will not be coming out of retirement to play the Syed Mushtaq Ali Trophy for Jharkhand next year.

Dhoni had retired from international cricket on August 15 this year and played in the Indian Premier League for the Chennai Super Kings. But he will not be doing that for his state team to play in domestic T20 tournament which will start from January 10 in 2021.

Dhoni though, will continue to play in the IPL which he announced himself before CSK’s final game of the season last month.

Former New Zealand cricketer and commentator Danny Morrison had asked Dhoni whether he would be donning the yellow jersey again or not before their final match. The skipper nonchalantly responded to the question and said ‘definitely not’ when asked if this was his last game for the franchise.

CSK was knocked out in the league stage this year after enduring their worst season in the IPL, which saw them finish 7th with just 6 wins from 14 games.

Dhoni was in fact keen to play the Syed Mushtaq Ali tournament earlier this year to prepare for IPL 2020. But the Indian domestic season 2020-21 was postponed indefinitely in March due to the coronavirus pandemic.

The much-delayed tournament will now kick start the Indian domestic season and will be played from January 10 to 31 in six different states where bio-secure hubs will be created.

Former India cricketer Suresh Raina meanwhile, announced on social media last week that he will be playing representing Uttar Pradesh in the Syed Mushtaq Ali tournament. Raina had retired on the same day as Dhoni but he missed playing in the IPL for CSK due to “personal reasons”.

Raina hasn’t played competitive cricket for the past one year but he has been training hard in the gym and keeping himself fit for the upcoming domestic season in India.