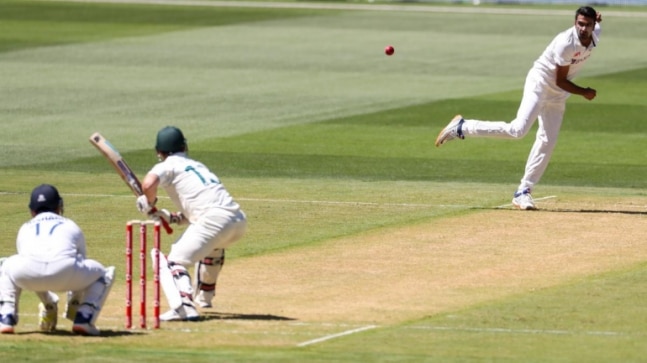 Just a delivery before Matthew Wade’s dismissal, Rishabh Pant could be heard in the stump mic saying, “Andar hi rakhna, ye maarega” which roughly translates to ‘keep it at the stumps, he will hit’.

India wicket keeper-batsman Rishabh Pant, who was brought in in place of Wriddhiman Saha for the Boxing Day Test, showed his brilliance in setting up the wicket of Australia batsman Matthew Wade.

Just a delivery before Wade’s dismissal, Pant could be heard in the stump mic saying, “Andar hi rakhna, ye maarega” which roughly translates to ‘keep it at the stumps, he will hit’.

And that is very much what happened the following delivery. Ravichandran Ashwin kept the ball close to Wade’s body and he tries to come out of the crease and smash it over the bowler but only manages to get a top edge that flies high into the air.

Translation: Keep it inside(stumps), he will try to hit!
And the next ball Wade hits in the air!
Rishabh Pant https://t.co/rXGfRaXu07 pic.twitter.com/Sdm1im19Id

Ravindra Jadeja running to his left from mid-on just about avoided a collision with debutant Shubman Gill, who was charging in from midwicket to take a great catch.

Wade, who until then had played well for his 30 runs off 39 balls, was out going for a glory shot immediately after hitting a boundary of Ashwin. Australia at that point sinked to 35/2 in 13 overs, after the early dismissal of Joe Burns, who was out for a duck.

There were several posts on social media linking Rishabh Pant’s brilliance to that of his predecessor MS Dhoni. The former captain was often known for such brilliance where he predicted what the batsman would do and would suggest the bowlers where to bowl.

But there were others on social media who felt that despite Pant doing what MS Dhoni would do, the former never gets the credit and respect that the former captain received.

Had Dhoni said something like this, his fans would have demanded Bharat Ratna for him. Just because it is Pant no one is talking about it!