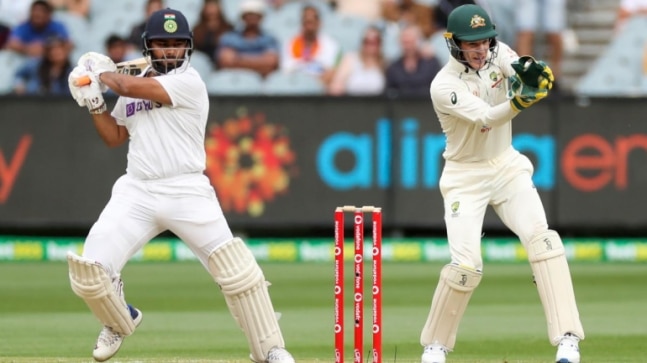 Tim Paine has taken just 33 innings to record 150 dismissals as wicket-keeper and as a result went past South Africa’s Quinton de Kock who had achieved the feat in 34 innings.

With the dismissal of Rishabh Pant on Sunday two Australians reached important milestones in their careers. Australia pacer Mitchell Starc became the 9th bowler from his country to get to 250 Test wickets, and wicketkeeper Tim Paine became the fastest to record 150 dismissals in Test cricket.

Paine has taken just 33 innings to record 150 dismissals as wicket-keeper and as a result, he went past South Africa’s Quinton de Kock who had achieved the feat in his 34th innings.

Tim Paine’s story as a cricketer is quite remarkable as he had last year said that he was contemplating retirement.

The wicketkeeper-batsman who turned 36 earlier this month, has recently admitted that he is looking to extend his career by another 3-4 years.

He was made the skipper of Australia in very unfortunate circumstances after Steve Smith was dismissed of captaincy after the Sandpapergate incident in South Africa in March 2018.

Three Australian cricketers, Cameron Bancroft, skipper Steve Smith and vice-captain David Warner had to serve suspensions from the game due to their involvement in the incident.

Starc gets to 250 Test wickets

With Pant’s dismissal on Sunday, Starc also became the 5th fastest Australian to the 250 wicket mileston in terms of the number of matches taken to get there. Starc reached the milestone in his 59th Test match at an average of 26.68 and a strike rate of 47.9.

The quickest Australian to get to 250 wickets was Dennis Lillee, who got there in 48 Tests. Shane Warne and Glenn McGrath are the joint-second fastest to get there with 55 Tests and are followed by another quickie in Mitchell Johnson who got there in 57 Tests.

Starc, however, has the best strike rate among the Australian pacers to get to the milestone with 47.9.