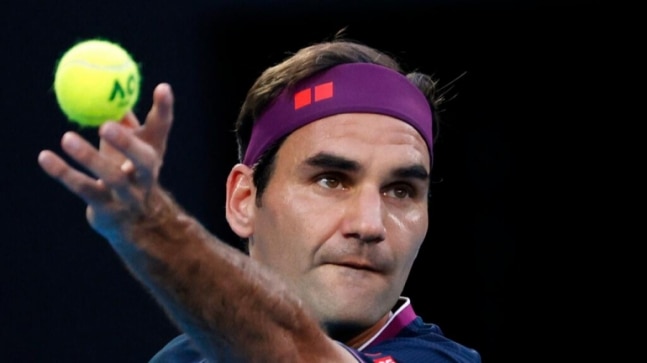 Tennis great Roger Federer will not be participating in Australian Open 2021 despite having made “strong progress” in terms of his recovery from the knee issues, his agent Tony Godsick has said.

Roger Federer decided against resuming competitive action at Australian Open, starting February 8 in Melbourne after discussions with his coaches Severin Luthi and Ivan Ljubicic and fitness coach Pierre Paganini. The Swiss great has kept his long-term benefit in mind before making the call to delay his return to the circuit.

Notably, the 20-time Grand Slam champion, who has been training in the UAE, was part of the entry list which was announced earlier this month by the Australian Open.

“Roger has decided not to play the 2021 Australian Open. He has made strong progress in the last couple of months with his knee and his fitness. However, after consultation with his team, he decided that the best decision for him, in the long run, is to return to competitive tennis after the Australian Open,” Godsick told the Associated Press.

However, his agent is confident that Roger Federer will be able to work out a schedule to return to competitive action in 2021 wherein Wimbledon and the Tokyo Olympics are likely to be his priority.

“I will start discussions this coming week for tournaments that begin in late February and then start to build a schedule for the rest of the year,” Godsick said.

Federer has not played competitive tennis since the Australian Open 2020 where he looked injured during his semi-final defeat to Novak Djokovic. Federer initially ruled himself out for four months of the calendar after undergoing arthroscopic surgery on his right knee. However, Federer confirmed that he had to repeat the procedure and pulled out of the rest of the season in 2020.

Federer was hopeful of returning to Australian Open action, provided the tournament began in February, 3 weeks from its original schedule. Despite the main draw beginning on February 8, the 20-time Grand Slam champion has decided to pull out of it.

Federer also spoke about his future and retirement during his acceptance speech at a sports awards ceremony in Switzerland earlier this year.

“I hope there is still something to see from me next year. But if that was it, that would have been an incredible ending for me at these Sports Awards,” Federer had said after receiving the award for the best Switzerland sportsperson of the last 75 years.

Unlike the previous years, Australian Open 2021 qualifiers will be held in Dubai and Doha from January 10 to 13 after which the players will head to Melbourne for quarantine. Two ATP 250 events and a revamped ATP Cup will be held from the last week of January as players will look to warm-up to the Grand Slam.