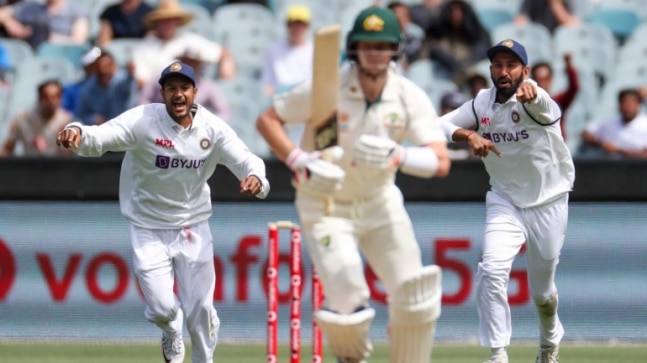 Former Australia captain Ricky Ponting said that Steve Smith has had a few bad games but Australia really need him to get back to his best against the bowling that India have.

Australia star batsman Steve Smith is going through a bit of a rough patch in the Border-Gavaskar Trophy against India, but former Australia captain Ricky Ponting believes that he will get over this phase.

“He’s not having much go his way at the moment. I think he would have liked to have his time over with his first-inning dismissal here, he would have played that differently.

“But he’s one of the all-time greats of the game everyone is allowed to have a few bad games here and there.

“The one thing I do know is that Australia need Steven Smith to stand up, especially against this bowling attack India have,” Ponting told cricket.com.au.

Smith has only scored 10 runs in 4 innings at an average of 3.33, the lowest average in the Australian camp.

On Monday, he was dismissed by India pacer Jasprit Bumrah for a score of 8 when he was bowled behind his legs. Prior to this Ravichandran Ashwin managed to get him out twice in this Test series, once of the inside edge and once of the outside edge.

Smith had been in fantastic form in the white-ball series against India just before the Border-Gavaskar Trophy and smashed back-to-back centuries of just 62 balls both times.

“The two one-day hundreds he made were as good as I’ve ever seen him play,” Ponting said.

“Knowing what he’s like when he gets into that groove and as he talks about ‘finding his hands’, I thought that would flow over into this series and it hasn’t yet.

“There’s still potentially four more innings for him and we know that if he gets in and set he can make a big score,” he added.