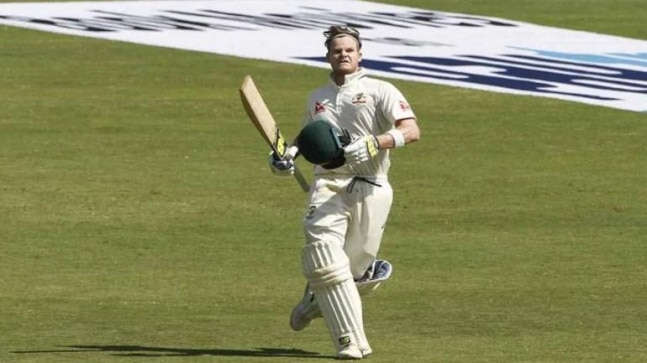 Australia batting mainstay Steve Smith has been named as the ICC Men’s Test Cricketer of the Decade.

Australian batting mainstay Steve Smith has been named as the ICC Men’s Test Cricketer of the Decade on Monday. The 31-year-old batting genius has produced some staggering numbers and this honour comes as no surprise to anyone who has watched the game of this prolific cricketer.

Steve Smith, during the period, scored 7040 Test runs at an average of 65.79. He smashed 26 hundreds and 28 fifties. These numbers are nothing sort of astonishing, considering that he was also banned from international cricket of a year.

When Steve Smith overtook Michael Clarke as the captain in 2015, he was the No. 1 ranked Test batsman in the world. He has remained close to the summit ever since.

The right-hander has been the part of many breathtaking series’ but the 2019 Ashes can be called his best. Smith piled up 774 in seven Test innings, singlehandedly scoring 35.5% of Australia’s runs in the five-match series despite having missed one Test due to a concussion. Australia had retained the Ashes urn then.