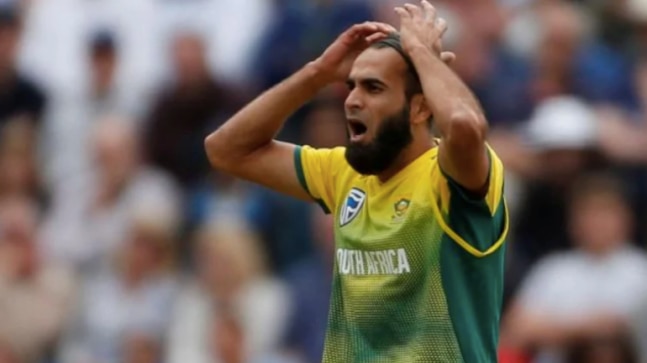 Legspinner Imran Tahir, 40, has pulled out of the BBL. (Reuters Photo)

South Africa’s veteran legspinner Imran Tahir has pulled out of the Big Bash League competition due to personal reasons, confirmed Melbourne Renegades coach Michael Klinger. Tahir, along with Afghanistan spinner Noor Ahmad, was signed by the Melbourne Renegades in October to strengthen their spin base that includes Mohammad Nabi and Pakistan’s Imad Wasim.

Tahir, 40, was supposed to be in a 14-day quarantine in a hotel room, after his arrival in Australia was delayed, before being able to play in the BBL, that started on December 10.

Coach Michael Klinger has said that Tahir withdrawing from the competition is a huge blow but the team is counting on the 15-year-old Noor Ahmad.

“The mood is still pretty good because we know what we’re capable of doing. We saw in game one how well we played. We know we’ve got the ability in the group to really come out and perform well,” he added.