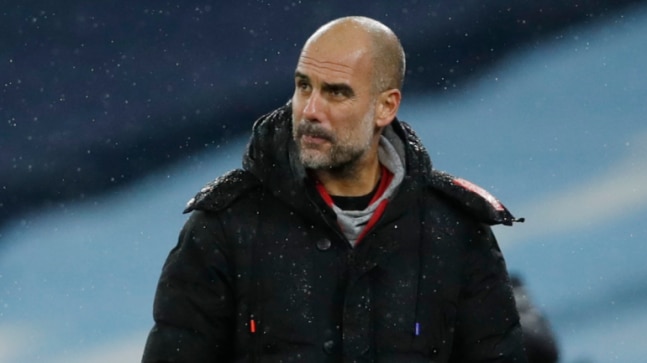 “Manchester City FC can confirm that this evening’s Premier League fixture at Everton has been postponed. After the latest round of Covid-19 testing, the club returned a number of positive cases, in addition to the four already reported on Christmas Day,” City said in a club statement.

“With the security of the bubble compromised, there posed a risk that the virus could spread further amongst the squad, the staff and potentially beyond. Based on strong medical advice the Premier League, in consultation with both clubs, have decided to postpone the fixture.

All positive cases involving players and staff will observe a period of self-isolation in accordance with Premier League and UK Government protocol on quarantine. The first team training ground at City Football Academy will close for an indeterminate period, with the squad and associated bubble undergoing testing before any decision is made for training to resume,” it added.

The postponement of the Everton home game is the second instance of a Premier League game getting called off this season after a Newcastle United vs Aston Villa was forced to be called off due to a COVID-19 outbreak, earlier this month. Manchester City, placed 6th in the league table, are scheduled to travel to play Chelsea on Sunday.

“The decision has been taken with the health of players and staff the priority. The Premier League continues to have full confidence in its protocols and rules, and the way in which all clubs are implementing them,” read a Premier League statement.