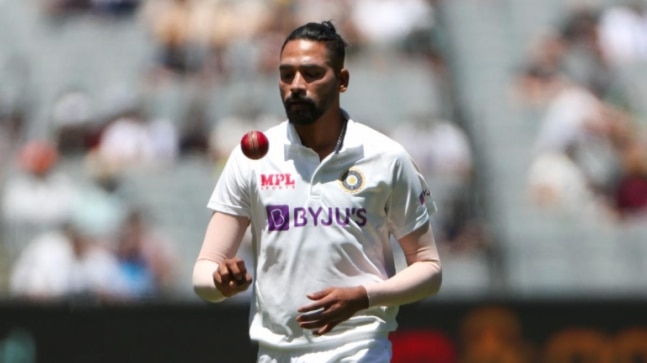 Mohammed Siraj is 1st India debutant to pick 5 wickets in a Test in 7 years. (AP Photo)

Siraj recently lost his father but stayed back with the team Down Under despite the BCCI giving him an option of returning home. And when he got the opportunity, Siraj impressed everyone with his consistency, maturity and attitude in his debut Test.

Siraj stepped in the absence of senior pacers Mohammed Shami, Ishant Sharma and Umesh Yadav to help India bundle out Australia for 195 and 200 in the two innings of the 2nd Test. Siraj took 2 wickets in the first innings while grabbing three in the second innings. Siraj got the wicket of Cameron Green in both the innings while he had Marnus Labuschagne (in first innings) and Travis Head and Nathan Lyon (in second innings).

“Very impressive. He (Siraj) was at the batsmen all the time. He hardly gave them any room outside the off stump. He was testing them with all kinds of deliveries. He used the bouncer and he was always at it. There was a shot that was played where he was hit for a boundary or when there was an appeal that didn’t go his way, he didn’t lose heart. He showed a big heart. The fact that he was consistently at the batsmen was good to see,” Sunil Gavaskar told Sony Six.

Ajinkya Rahane, who was the captain in the absence of Virat Kohli, led from the front with his 12th Test hundred and Ravindra Jadeja, who was included in the team in place of Kohli, also showed his all-round abilities and scored a fifty and took wickets for the team.

Rahane was adjudged the Man-of-the-Match for his century and the way he led the team in the Boxing Day Test.