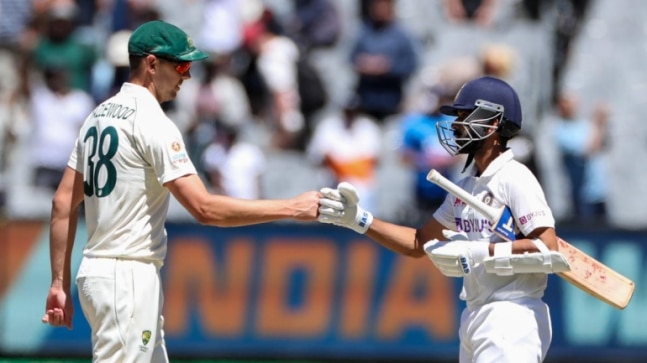 Boxing Day Test: India registered their 4th Test win at Melbourne Cricket Ground against Australia to make it their most successful away Test venue.

Ajinkya Rahane-led India chased down a 70-run target to beat Australia by 8 wickets and level the Border Gavaskar series 1-1 in the Boxing Day Test on Tuesday.

Notably, this is India’s 4th Test win at the iconic Melbourne Cricket Ground, thus making it India’s most successful away Test venue. Also, India are now only the second team after England in the history of Test cricket to win four Matches at MCG.

Queen’s Park Oval in Port of Spain (Trinidad and Tobago), Sabina Park in Kingston (Jamaica) and Singhalese Sports Club in Colombo (Sri Lanka) are the other most successful away Test venues for India.

India’s second innings had started poorly, losing Mayank Agarwal (5) caught behind off Mitchell Starc’s bowling at 16-1. Pat Cummins made it a double strike in the following over, removing Cheteshwar Pujara (3) caught at gully.

However, opener Shubman Gill (35 not out) and stand-in captain Ajinkya Rahane (27 not out) guided India home to square the series at 1-1 ahead of the third Test.