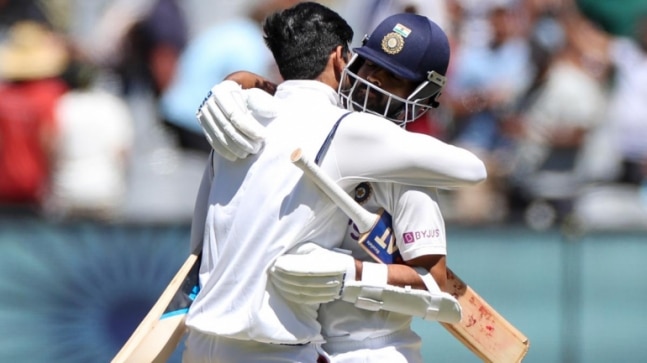 Team India on Tuesday beat Australia in the second Test match at the Melbourne Cricket Ground (MCG) and levelled the series 1-1, with two matches still to go.

The victory was a special one, particularly after the humiliating loss in the first Test in Adelaide where they were bowled out for their lowest score of 36 all-out.

India legend Sachin Tendulkar lauded the team for their ‘terrific achievement’, particularly with some of their key players in the form of Virat Kohli, Rohit Sharma, Ishant Sharma and Mohammad Shami missing from the squad.

To win a Test match without Virat, Rohit, Ishant & Shami is a terrific achievement.

Loved the resilience and character shown by the team to put behind the loss in the 1st Test and level the series.

“To win a Test match without Virat, Rohit, Ishant & Shami is a terrific achievement. Loved the resilience and character shown by the team to put behind the loss in the 1st Test and level the series. Brilliant win. Well done TEAM INDIA!,” Sachin Tendulkar posted on Twitter after the win.

Ajinkya Rahane, who was the captain in the absence of Virat Kohli, led from the front with his 12th Test hundred and Ravindra Jadeja, who was included in the team in place of Kohli, also showed his all-round abilities and scored a fifty and took wickets for the team.

Rahane was adjudged the Man-of-the-Match for his century and the way he led the team in the Boxing Day Test.

“Character was important for us, especially after losing Umesh in the second innings. That (five-bowler plan) worked well for us nicely. We were thinking of having an all-rounder and Jadeja has been brilliant for us.

“The talk (after the Adelaide Test loss) was all about showing the attitude and intent on the field. As I said, character. Adelaide was about one hour that took the game away from us. Lots to learn for even now,” Rahane said.