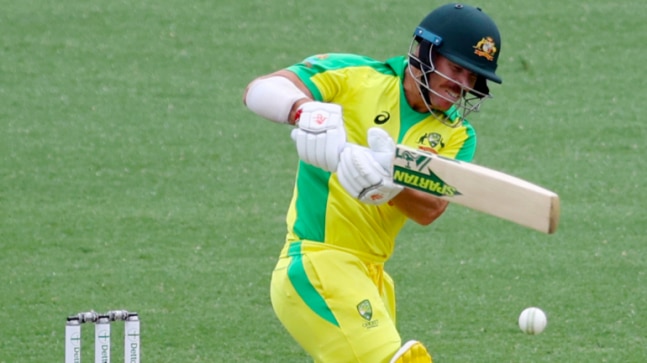 Australia on Wednesday welcomed the return of opener David Warner in their squad for the third Test against India which will start from January 7 at the Sydney Cricket Ground.

Warner, who has been recuperating from the ground injury that he suffered during the ODI series against India last month, joins fellow opener Will Pucovski in coming back in the Test team.

Pucovski had suffered a concussion during the practice match against India and missed the first two Tests as a result. But the 22-year-old will still be required to pass further tests before cleared to make a possible debut in Sydney.

Out-of-form opener Joe Burns meanwhile, has been dropped after a string of failures – 8, 51 not out, 0 and 4 – in Adelaide and Melbourne.

“David Warner, Will Pucovski and Sean Abbott will rejoin the squad in Melbourne tomorrow evening in preparation for the Sydney Test.

“David has made strong progress in his recovery from injury and will be given every chance to play in Sydney with another seven days until the match. Sean has fully recovered from a calf strain and is also available for selection.

“Joe Burns has been released from the squad and will return to the Brisbane Heat. Unfortunately, Joe’s returns haven’t been what he or the selectors would like or what we consider he is capable of,” national selector Trevor Hohns said in a statement.

Fast bowler Sean Abbott, who suffered a calf injury during the practice matches, has also recovered and will rejoin the Test squad.

The four-match series stands level at 1-1 after India, led by vice-captain Ajinkya Rahane in Virat Kohli’s absence, bounced back in Melbourne to beat Australia by 8 wickets in the second Test inside 4 days on Tuesday.

The touring team’s remarkable win comes after India scored a national-record low total of 36 in an 8-wicket loss in the series-opening Pink-ball Test in Adelaide just last week.