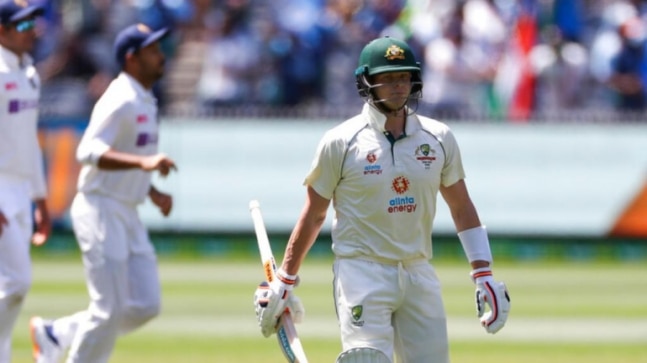 Australia vs India: Australia’s assistant coach Andrew McDonald has played down concerns over Steve Smith and Marnus Labuschagne’s form, saying the two batsmen will find a way to tackle India’s plans in the 3rd and the 4th Test.

Australia assistant coach Andrew McDonald has played down concerns over Steve Smith and Mannus Labuschagne’s failures in the ongoing Test series against India, saying the two batsmen will find a way to tackle India’s plans in the remainder of the series.

Steve Smith and Marnus Labuschagne have had a quiet series and Australia’s inability to step up during the lean patch for two of their best batsmen has hurt them. Smith has not gone past single-digit scores so far, getting out for 1, 0 and 8. Labuschagne, on the other hand, has not managed to convert his starts into big knocks, managing 129 runs in 2 Tests.

R Ashwin and Jasprit Bumrah have been troubling the two batsmen by bowling a stump-to-stump line and not giving anything away. While Ashwin got Smith caught at slip in Adelaide and first innings of the Melbourne Test, Bumrah bowled Smith around the legs in the second innings. Labuschagne has fallen to Ashwin and Mohammed Siraj, respectively.

Andrew McDonald conceded that India have planned well for Smith and Labuschagne but backed the two batsmen to overcome the lean patch and get back to business.

“I wouldn’t be too quick to judge Steve Smith in the middle. Yeah, he hasn’t got going yet in this series. In the first four balls he faced in the first innings of the Boxing Day Test, he looked pretty solid, has looked good at the nets too. and Marnus too,” McDonald said.

“The question for me at the moment is the tactical way India have prepared and have been able to control those two players especially with a sort of leg-side theory so to speak. So I suppose those two players will have to come out with a better method.

“I don’t think it has to do anything technically. They are technically in a good space but it is the method to score runs and how they are going to combat these tactics from India bowlers and captains, that has been discussed in our conversation.”

McDonald revealed Australia made use of the 5th day of the 2nd Test to get back to the nets and work on their shortcomings. India clinched an emphatic win in Melbourne, bowling out Australia for 195 and 200 and eventually gunning down a 70-run target.

The two teams will meet in the 3rd Test in Sydney from January 7.