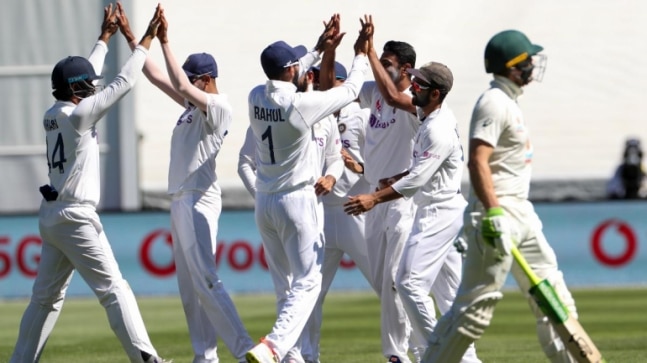 Former Pakistan speedster Shoaib Akhtar said that India have ‘cracked the code’ of how to bowl to Australia and exuded confidence that they can now go on to win the series.

India have ‘cracked the code’ of how to bowl to Australia, says Shoaib Akhtar. (AP Photo)

Former Pakistan speedster Shoaib Akhtar believes that the key reason behind the Boxing Day Test win in Melbourne was that the Indian bowlers have figured out where to bowl to Australia.

The Indian bowlers have done a great job in the Test series so far, and never let Australia go past 200 runs in any of the four innings that they have played till now.

Akhtar said that India have ‘cracked the code’ of how to bowl to Australia and exuded confidence that India can now go on to win the Border-Gavaskar Trophy.

“I think the Indian bowling has cracked the code and now they are well on their way to winning this Test series now,” Shoaib Akhtar said while speaking to Boria Majumdar on Sports Today.

He also added that the bowlers did well in the first Test in Adelaide, but India lost the Test match because of their inability to play the pink-ball.

“I don’t think India should have lost the match in Adelaide. They probably lost it because of the pink-ball. The pink ball nips through the air a lot quicker than the red ball. Also, Indian batsmen could not check their shots in the match. Also, their bat speed could not match the pink-ball which was a lot quicker in the air,” Akhtar said.

When asked what he thought of the new Indian pacer Mohammed Siraj, Akhtar said that the young pacer is a ‘fascinating talent’.

“Condolences to Mohammed Siraj for losing his father. I think the Indian players and the BCCI have supported him very well in such difficult times. Because it is not easy losing your father.

“I think this will be a very emotional time for him and his performance (in the Boxing Day Test) would have been very emotional. He took five wickets in his debut game. I think Mohammad Siraj is a fascinating talent. He also showed his character in the game against Australia,” Akhtar added.