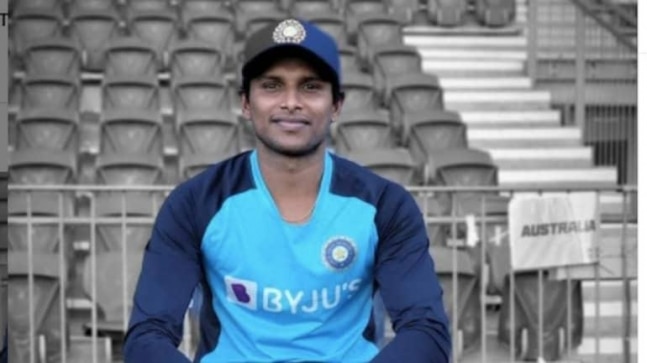 The Board of Control for Cricket (BCCI) has named the replacement for injured Umesh Yadav in the ongoing 4-match Test series against Australia. Left-arm pacer T Natarajan, who was accompanying the India contingent as a net bowler, has been inducted in the Test squad.

“Umesh Yadav sustained a strain in his left calf muscle on Day 3 of the second Border-Gavaskar Test in Melbourne. He underwent scans later in the day. The fast bowler will not recover completely ahead of the remaining two Test matches and has been ruled out of the series.

“The All-India Senior Selection Committee has named T Natarajan as Yadav’s replacement. Ahead of the Boxing Day Test, Shardul Thakur was added to the Test squad as Mohd. Shami’s replacement after the senior fast bowler suffered a hairline fracture in his right forearm. Both Shami and Umesh Yadav will head to the National Cricket Academy in Bengaluru for further rehabilitation of their injuries,” BCCI has said in a statement.

Notably, Natarajan was added as Navdeed Saini’s cover in the ODIs, injured spinner Varun Chakravarthy’s replacement in the T20Is and now Umesh Yadav’s injury has turned into a blessing in disguise for the left-arm quick. Natarajan can now make his debut in all the 3 formats during the same tour.

Yadav limped his way off the field after he hurt his calf muscle while bowling in the 8th over of Australia’s 2nd innings in the Boxing Day Test.

The 33-year-old pacer, who was wicketless in the 1st innings, claimed the wicket of Australian opener Joe Burns on Day 3 before leaving the field, after delivering just 13 balls. Yadav, 33, was taken to the hospital for scans after his spell was cut short due to pain in his calf. Umesh Yadav played both the Test matches on the tour and picked four wickets while bowling 39.4 overs.