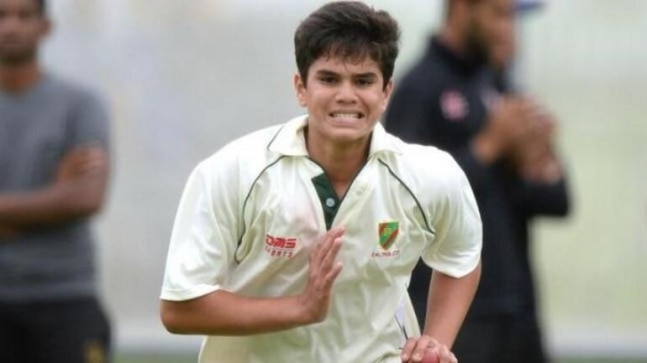 21-year-old Arjun Tendulkar was on Saturday picked in Mumbai’s senior team for the first time, featuring in an extended 22-member squad for the upcoming Syed Mushtaq Ali Trophy which kick starts from January 10, commencing the delayed 2020-21 domestic season. Notably, this is the first time that Arjun, the son of legendary India cricketer Sachin Tendulkar, has been included in Mumbai’s senior squad.

Arjun, a left-arm quick and a left-hand batsman, will play under the captaincy of Suryakumar Yadav, if he makes into the playing XI of the squad. This new was confirmed by the Mumbai team’s chief selector Salil Ankola on Saturday.

Apart from Arjun, medium pacer Krutik Hanagavadi has also been added to the to the original 20-man Mumbai squad which was announced on December 26.

“Earlier the BCCI had asked to select 20 players. But later they said that 22 players can be selected in the squad, accordingly the two players were added to the squad,” an MCA official told PTI.

Arjun Tendulkar has earlier represented Mumbai Under-19 and India Under-19. He was first picked for India U-19 in June 2018 for two four-day matches in Sri Lanka. He has been seen bowling in the Mumbai Indians and India nets on several occasions.