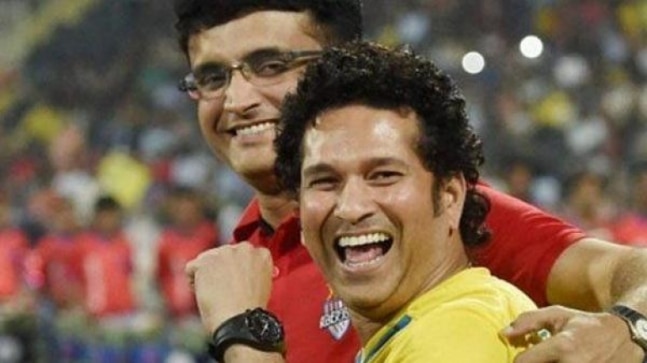 Former Indian cricketer and legend Sachin Tendulkar has extended his warm wish to his friend and former teammate Sourav Gangly, who had to undergo angioplasty on Saturday.

Cricket legend Sachin Tendulkar has a message for his ailing friend, also his former teammate and captain, Sourav Ganguly. Ganguly’s doctors have confirmed his stable condition but also added that arterial blockage was “critical” and that there were not one but multiple blockages.

The current BCCI president was rushed to the Woodlands hospital on Saturday, where he reached at 1 PM, after he complained of chest discomfort at his house gym in Kolkata.

What Tendulkar and Ganguly, both legends of the game, shared was beyond the boundaries of the cricket field. “Just got to know about your ailment Sourav. Hope each passing day brings you closer to a full and speedy recovery! Get well soon.”: Tendulkar wrote on Twitter.

Just got to know about your ailment Sourav.
Hope each passing day brings you closer to a full and speedy recovery! Get well soon. pic.twitter.com/NIC6pFRRdv

After the surgery, Ganguly regained consciousness and according to the Governor of West Bengal Jagdeep Dhankhar, the former captain was in his “ususal cheerful mood”.

“I’ve seen dada in a good mood. I interacted with him. I’m happy to see Dada smile. He was in his ususal cheerful mood,” Mr Dhankhar said.

The cricket fraternity, including Smriti Mandhana, Dinesh Karthik, have kept the flow of wishes for cricketing legend Sourav Ganguly going.

Wish you a very speedy recovery Dada. Get well soon!@SGanguly99

Dada you are a true fighter. We all are sure you will recovery quickly. Wishing for your speedy recovery. @SGanguly99 #legend

Wishing you a speedy recovery @SGanguly99 sir. Get well soon!

Praying for speedy recovery of @SGanguly99 he is a fighter, will see him soon. Jai Mata Di.