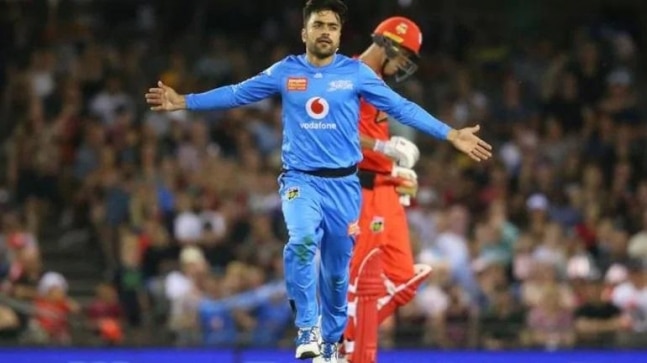 The Afghanistan spin trio of Rashid Khan, Mohammad Nabi and Mujeeb ur Rahman could miss the BBL finals provided their team make it to the stage, after the three were picked for the country’s ODI matches against Ireland later this month.

Rashid Khan (Adelaide Strikers), Mohammad Nabi (Melbourne Renegades) and Mujeeb ur Rahman (Brisbane Heat) have been picked in Afghanistan’s squad for their ODI series against Ireland in Abu Dhabi.

The three are key players for their respective sides and are among the Big Bash League’s biggest overseas players.

Afghanistan on Saturday announced a 16-member squad for the three-match ODI series against Ireland that will begin on January 18.

The matches were earlier scheduled to be played in Abu Dhabi at the Sheikh Zayed Stadium. But due to visa issues, the series is shifted to the Al Amerat Cricket Ground in Muscat, Oman. The other two matches will be played on January 21 and 23.

ACB’s director of cricket Raees Ahmadzai has said that those players who are involved in the Big Bash League will return for the ODI series. The series is part of the World Cup Super League, which is a qualifying route for the 2023 World Cup, and therefore the ACB has denied the players to opt-out of the matches.

While the ODI series will conclude on January 23, the BBL’s regular season ends January 26 and the final will be played on February 6.