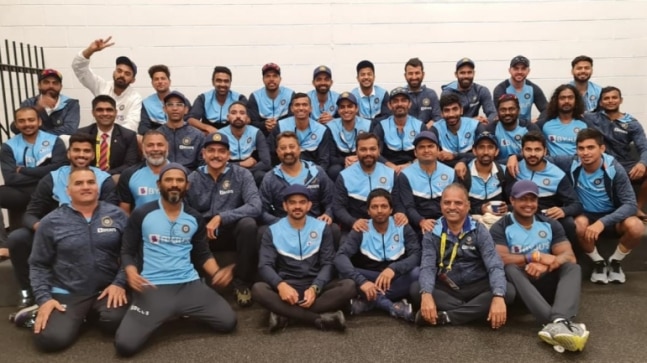 It was being speculated that the 5 Indian players accused of breaching the bio-secure bubble in Melbourne would stay behind but they will be travelling with the rest of the squad to Sydney on January 4 for the 3rd Test.

The Indian squad including their support staff will be travelling to Sydney together on January 4, contrary to reports which claimed that the 5 players who are under investigation for alleged breach of the bio-bubble will be kept in isolation in Melbourne.

The Australian and Indian cricket boards are investigating the alleged breach of biosecurity protocols with precedent suggesting the players might be fined for their actions but they won’t be staying back in Melbourne.

Sources within the team insist that the allegation was an unfair blame and the whole team is committed to being real ambassadors as they have been for 2 months.

Multiple members of the touring party confirmed that they are indeed traveling together and there was no talk even of the 5 players traveling separately or being left behind.

Both teams will be reaching Sydney on January 4 after which they will start preparing for the third Test which begins from January 7. The four-match series currently stands level at 1-1 after India bounced back from the Adelaide defeat to beat Australia by 8 wickets in the Boxing Day Test earlier this week.

The players were scheduled to reach Sydney on December 31 for the New Year’s Test but a fresh spike in coronavirus cases in the city has forced organisers to keep the Aussies and Indians in Melbourne for a few extra days.