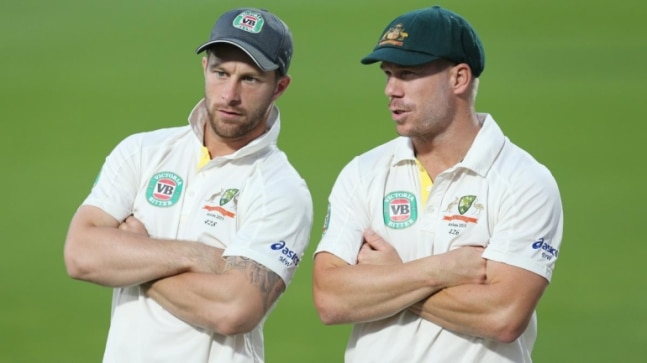 Australia batsman Matthew Wade, who has opened against India in the absence of David Warner, has said that players like latter are hard to come by.

The third Test between India and Australia is set to kick start in Sydney from January 7 and both the teams are working out plans to take an unbeatable lead in the series. The 4-match fixture got levelled 1-1 after India registered an emphatic 8-wicket comeback win in the Boxing Day Test at Melbourne Cricket Ground (MCG).

Australia batting unit was exposed in front of a brilliant India bowling attack, who executed their plans to perfection. The Australian top-order has failed to fire in the absence of their fiery opener David Warner. Warner has missed out on the starting two matches of the series due to a groin injury. In his absence, Matthew Wade has played the role of team’s makeshift opener.

With, Warner and Will Pucovski, the other preferred opener, fit for the 3rd match, Wade is likely to go back batting in the middle-order. Ahead of the Test, Wade has heaped rick praises on Warner, calling him a dangerous top-order player who is rarely found.

“People get carried with the way I play in white-ball cricket compared to red ball, over my first-class career I’m not a dasher by any stretch of the imagination. We all know what Davey does, he’s a dangerous player at the top of the order and they are hard to come by – guys that average 50 and strike at what Davey does,” Wade said on Sunday during a virtual press conference.

“But standing in the field India has been under pressure with our bowlers for a long period as well. That’s tough, hard Test cricket, it’s not easy to score. The wickets have been the thing that has hit us more than we probably expected. In the pink-ball game, we expected it to nip around and do quite a bit, but at the MCG it nipped for a little bit then took more spin than we probably expected. We have to adapt quickly to those situations. Sydney may take spin as well so we just have to be prepared,” Wade added.

Further, Wade said that he was not sure of opening in the Sydney Test.