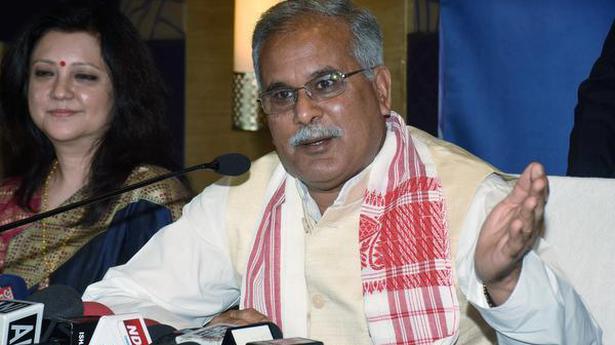 Meghalaya Chief Minister Conrad Sangma is the convenor of this eight-member committee. The other members are ministers from Gujarat, Maharashtra, Goa, Kerala, Odisha, Telangana and U.P.

Rajasthan Chief Minister Ashok Gehlot wrote on Twitter, “The Union Government has set up a GoM following the GST Council Meeting of May 28th, 2021. A deliberate attempt has been made to keep the principal Opposition party, the Congress, that has three members in the GST Council out of the GoM.”

Chhattisgarh Chief Minister Bhupesh Baghel said the exclusion of the Congress was against the spirit of cooperative federalism. “Congress-ruled States are also part of the GST Council, so why have they been omitted out of this committee,” he asked. It was “deliberate” and to ensure that the Centre got to have its way, he alleged.

Punjab Finance Minister Manpreet Singh Badal has been one of the first leaders to raise the necessity of holding a GST Council meeting to rationalise the tax on supplies needed for the pandemic. West Bengal Finance Minister Amit Mitra too had raised this issue. Both have not found space in the committee.

In the recent meeting of the GST Council, the Ministers of the Congress-ruled States had proposed that for all goods needed to deal with COVID-19, the GST should be only 0.1 per cent.

The GoM has to examine the need for GST waiver in case of COVID-19 vaccines, medicines, medical grade oxygen, pulse oximeters, test kits, hand sanitisers, oxygen therapy equipment, ventilators and so on. It has to submit a report by June 8.