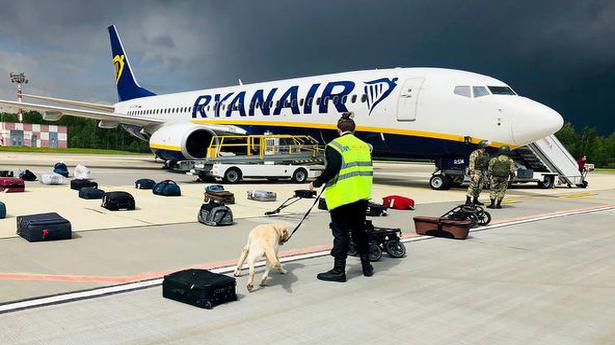 The European Cycling Union cited the “current international situation” for cancelling the event in Minsk scheduled from June 23-27.

Belarus was stripped of hosting next month’s European track cycling championships amid an international furore after a passenger jet was diverted to Minsk so a dissident journalist could be arrested.

The European Cycling Union cited the “current international situation” for cancelling the event in Minsk scheduled from June 23-27.

The EU advised member countries’ airlines this week to avoid Belarus airspace and barred the former Soviet republic’s planes from their airports and airspace.

A Ryanair flight from Greece to Lithuania was told by flight controllers, citing a bomb threat, to land in Minsk on Sunday. A passenger, 26-year-old activist Raman Pratasevich, was taken from the plane.

After European cycling officials said they were “working on finding an alternative solution” for staging the track championships, Lithuania’s government made an offer.

The European Cycling Union replied saying “Dear Prime Minister we would be delighted to develop your proposition.”