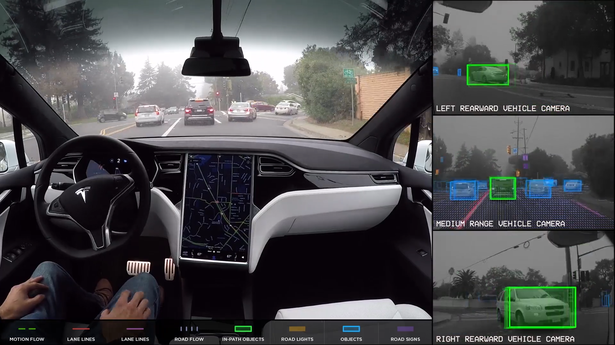 Tesla vehicles use a range of sensors including radar to support its advanced driver assistance systems – Autopilot and Full-Self Driving – as well as certain active safety features.

Tesla will stop fitting radar on its Model 3 and Model Y cars in North America from this month as the company is shifting to a camera-based Autopilot system, the EV maker noted on a support page.

Tesla vehicles use a range of sensors including radar to support its advanced driver assistance systems – Autopilot and Full-Self Driving – as well as certain active safety features. However, in the absence of radar, Models 3 and Y will rely on camera vision and neural net processing, making them the first set of Tesla vehicles to do so.

The transition to the camera-based system or ‘Tesla Vision’ is currently limited to those two models as they are the company’s “higher volume vehicles.”

“Transitioning them [Model 3 and Y] to Tesla Vision first allows us to analyse a large volume of real-world data in a short amount of time, which ultimately speeds up the roll-out of features based on Tesla Vision,” the company noted.

Newer versions of Tesla’s premium vehicles the Model S and Model X, and all its vehicles built for markets outside of North America, will include the radar sensor along with radar-supported Autopilot functionality, the California-based company explained. It eventually plans to transition even those vehicles to Tesla Vision.

According to the EV maker, vehicles equipped with the camera-based system may have some of the advanced driver assistance system’s features temporarily limited or inactive.

Its Autosteer feature will be limited to a maximum speed of 75 mph (about 120 kmph) and a longer minimum following distance, while the Smart Summon (if equipped) and Emergency Lane Departure Avoidance may be disabled at delivery, Tesla noted, and added that these features will be restored via several over-the-air software updates in the coming weeks.

“Pure vision Autopilot is now rolling out in North America. There will be an update of this production release in 2 weeks, then FSD beta V9.0 (also pure vision) a week later,” Tesla CEO Elon Musk tweeted.

He further added, “FSD subscription will be enabled around the same time.” Indicating Tesla’s advanced autopilot option, Full Self-Driving may also be available to customers as a pay-as-you-go subscription in the weeks to come.

The EV maker’s announcement of transitioning to Tesla Vision comes at a time when its Autopilot features have come under scrutiny after multiple crashes.

Furthermore, the National Highway Traffic Safety Administration, which verifies and rates vehicles safety features based on its performance criteria, now does not display checkmarks against features such as forward collision warning, lane departure warning, crash imminent braking and dynamic brake support, for Tesla Model 3 and Model Y vehicles produced on or after April 27, 2021.

Also Read | Analysis | Tesla’s tale of woes in the U.S. and China

The California-based firm said that customers who have ordered before May 2021 and are matched to a car with Tesla Vision will be notified of the change through their Tesla Accounts before delivery.

Tesla Vision includes eight surround cameras that provide 360 degrees of visibility around the car at up to 250 meters of range, in addition to twelve updated ultrasonic sensors that complement this vision, allowing for detection of both hard and soft objects at nearly twice the distance of the prior system, according to the EV maker.