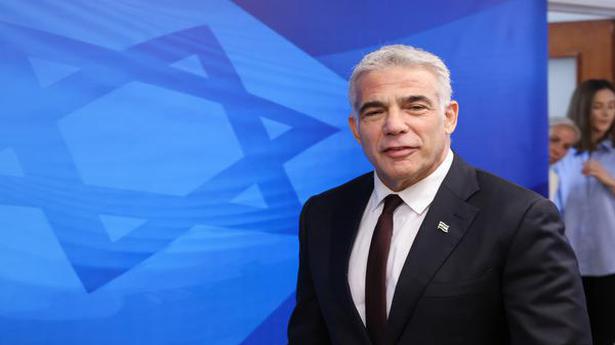 The Israeli statement did not provide details on the agenda of the separate talks.

Israeli Foreign Minister Yair Lapid will meet his U.S. and Bahraini counterparts in Rome on Sunday, Lapid’s office said, the first face-to-face diplomatic contacts for a senior member of the new Israeli government that was sworn in two weeks ago.

Bahrain and the United Arab Emirates normalised ties with Israel last year, a deal brokered by the previous U.S. administration. Lapid is due to visit UAE on Tuesday and Wednesday.

The Israeli statement did not provide details on the agenda of the separate talks Lapid planned to hold with U.S. Secretary of State Antony Blinken and Bahrain Foreign Minister Abdullatif Al-Zayani during his one-day visit to Italy.