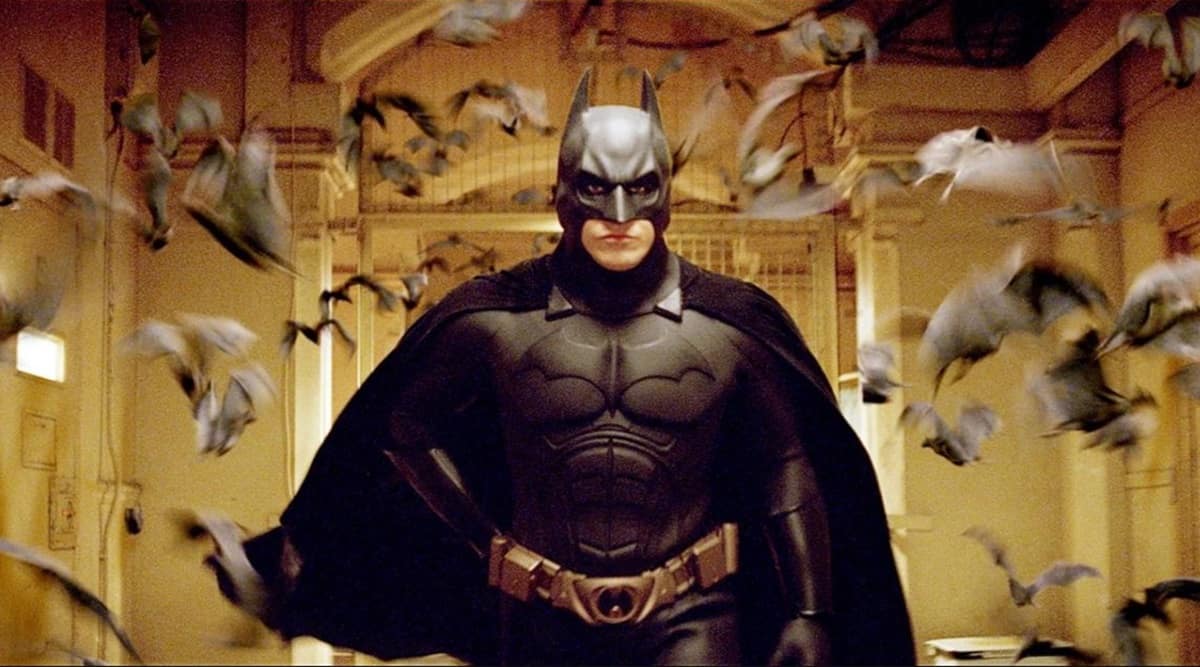 Christopher Nolan’s Batman Begins is credited for reigniting interest in the iconic DC superhero after the comically bad, campy takes on the Caped Crusader in the 1990s — Batman Forever and Batman & Robin.

No film had ever covered the origin story of the Caped Crusader. Even in the comics, there was no explanation of how Bruce Wayne became Batman. Sure, we knew his parents were gunned down in an alley by a small-time criminal called Joe Chill, and this incident was certainly a defining moment in his life, which propelled him toward the life of a nocturnal crime fighter.

But with Batman Begins, Nolan and his co-writer David Goyer wanted to explore the mental and physical processes that resulted in his transformation through the reboot.

The film was a huge risk. Batman is one of the most famous superheroes in the world, and in film had been reduced to an object of derision. To do a complete reinvention of the character was a huge risk for Warner Bros, the studio that owns DC. It had to work.

Veteran British actor Michael Caine, who played the role of Bruce Wayne’s butler Alfred Pennyworth, told Empire Magazine in its history of the Dark Knight trilogy, “I thought that this was a big risk by Warner Bros. Giving this massive, expensive movie to a guy that directed two very small-budget thrillers. But I needn’t have worried…”

Nolan said in the same piece, “What drew me to Batman in the first place was Bruce Wayne’s story and that he’s a real character whose story begins in childhood. He’s not a fully formed character like James Bond, so what we’re doing is we’re following the journey of this guy from a child who goes through this horrible experience to becoming this extraordinary character.”

The appeal of Batman for Nolan was the same quality that the character has so many fans: that he is a superhero despite not possessing any superpowers. Nolan told LA Times in 2005, “What I wanted to do is make the audience believe in the reality of this character. Batman is unique among superheroes in presenting that opportunity. He really is just a guy that does a lot of push-ups.”

Nolan was back then not a globally known name he is today. He had to his credit indie thrillers like Memento and Insomnia. While both were critically acclaimed, nothing in them suggested that Nolan could handle big, flashy spectacle like a Batman film needed.

But as Caine said, they needn’t have worried.

The biggest difficulties, when the film eventually went into production, were naturally technical due to the superhero’s nature.

As has been true for Nolan in his entire career, he prefers practical effects over CGI (computer generated imagery). Most Batman stories have him gradually gaining power over his fear of bats. There are many shots of swarms of bats surrounding the superhero. In one scene, he uses a high-pitched sound to attract bats and escape. In another he is shown to conquer his fear by standing unperturbed amid the animals. But having hundreds of bats on the set would have been difficult to handle, so this is where the director had to accept the inevitable: CGI bats.

One of other traits associated with the Dark Knight is affinity for gadgets, non-lethal but high tech weaponry and a vehicle that is sometimes a luxury car and sometimes resembles a tank. Called Batmobile, in Nolan’s Bat-mythos, it was referred to as Tumblr, which was built as a bridging vehicle by a team led by Morgan Freeman’s Lucius Fox. In production, there were four race cars that cost the studio 250,000 dollars. In one of them, there was fitted a jet engine running on six propane tanks.

The story had had Bruce Wayne struggling to reconcile his intense desire for revenge with fulfilling his father’s wishes like uplifting the oppressed people of Gotham and ridding the city of crime. The journey young Bruce embarks upon and that finally ends in him becoming Batman is rich with details and we are the passengers for a big part of it.

With its story suffused with universally relevant and relatable themes of prevailing over adverse circumstances, Batman Begins became a critical and commercial hit, grossing $375 million worldwide. More than that, it launched a stage for an even bigger-budgeted film (The Dark Knight) that will eventually introduce the superhero’s arch-nemesis, Joker.

Batman Begins, as dark it is, is ultimately an optimistic story of besting one’s inner demons.