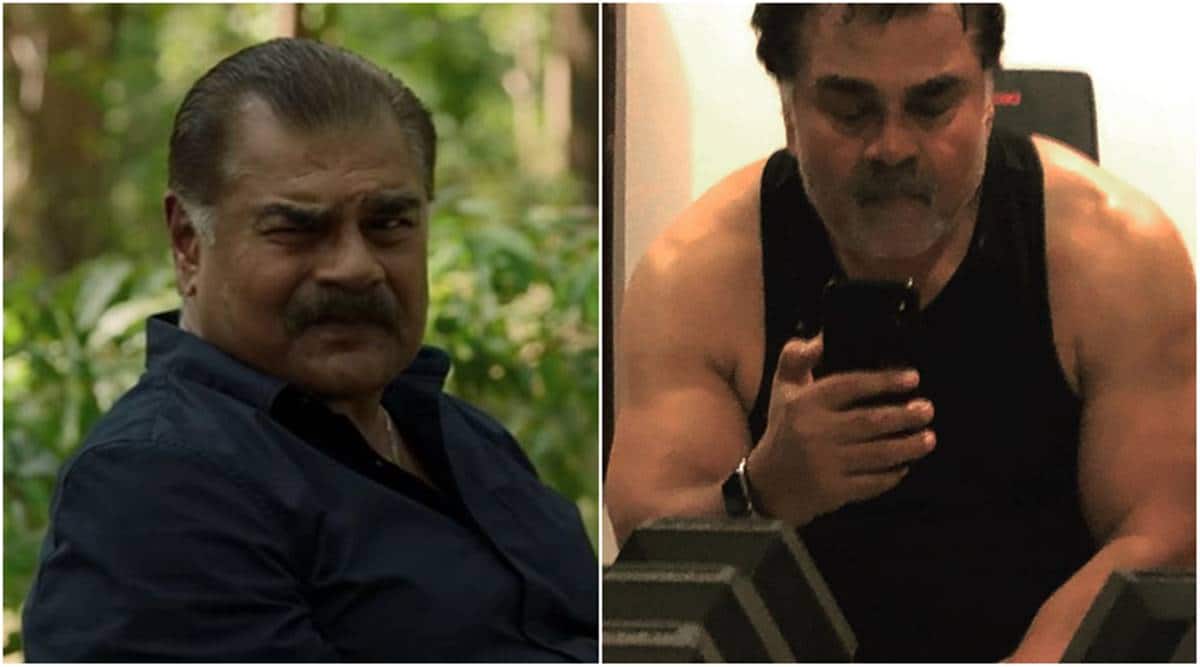 With their crowd-pulling prowess and sculpted bodies, Bollywood’s Khans and Kumars are soldiering on well into their 50s. The ageist Bollywood might not be so kind to its women but it seems the shelf life of male actors is quite long.

Veteran actor Sharat Saxena, however, refuses to accept this. The actor, who has been a constant in Hindi films for decades, says the industry spits you out the moment you show the first sign of ageing. “Jahaan aap budhe lagne lage, you are thrown out of the film industry,” the actor who played a prominent role in Sherni told indianexpress.com in an interview.

He called being an actor a tough job because this is what you have work at, 365 days a year. “An actor, and I am talking about the heroes/the leads, they have got the toughest job in the world. They have to look young, they have to look tough and they have to do that for 365 days a year, which is not possible. It is not normal. In fact, in every other profession, you get a break. For example, an athlete has to prepare for, let’s say, two months. He takes part in a competition, comes back home, rests and gains weight. But a Hindi film star has to look and be fit throughout the year. He has to work out every day, and yet party every day. He has to do everything every day and still survive,” Sharat said.

Talking about himself, he added, “I do the same thing. I don’t party but I am working out every day. I am 71 but I have to try and look 45 years old. This is how it is. The moment you start looking old, you are thrown out of the film industry. This is a young people’s industry. Everybody has to be young. You are old or not, doesn’t matter. You have to look young. It is a crime to be an old man here,” the actor concluded.

Sharat Saxena has featured in over 300 films in his career. Some of his popular films include Mr India, Agneepath, Tridev, Baabul, Ready, Bodyguard and Tamil film Vivegam among others. Recently, he featured in Sherni, an Amit Masurkar directorial, which stars Vidya Balan in the lead role.

In Sherni, Sharat Saxena plays a hunter named Ranjan Rajhans aka Pintu Bhaiyya. His on-screen presence and physical transformation received praise from the audience as well as critics. Talking about how he landed the role, Sharat said, “This opportunity came to me out of the blue.”

“I liked my character. It was a powerful character and the second most important character in the film. I wanted to work in the film. It was the most unusual script I have come across,” he said, adding that Amit Masurkar “is the kind of director who will become more and more popular in the industry henceforth.”