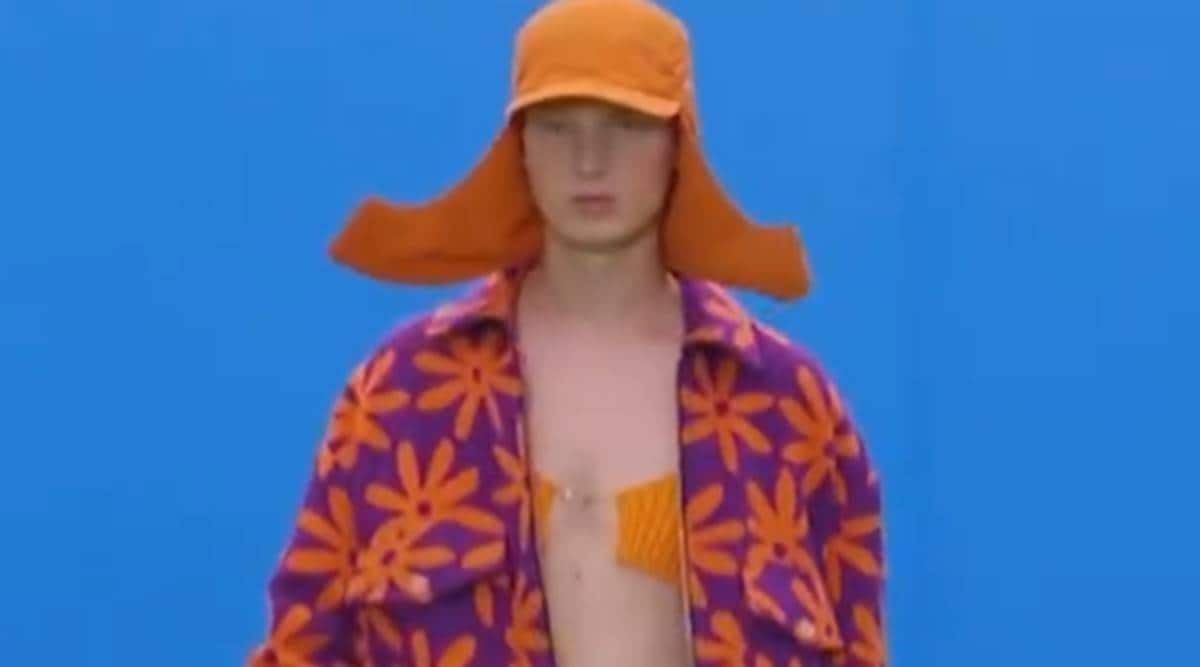 This was the 31-year-old French fashion designer’s first fashion show in a year, according to Vogue. The event took place in a film studio to showcase his latest collection called La Montagne.

Apart from biker shorts and crop tops, model Jonas Gloer was seen walking in an orange bralette under a blue co-ord set with orange floral prints on it. The ensemble was paired with an orange cap. Take a look:

The show also featured Kendall Jenner, who reportedly made her first Paris runway appearance, and Bella Hadid. Jenner was seen in a fuchsia co-ord set worn over a red bralette.

Talking about how the collection was inspired by the pandemic, the designer told the outlet, “The collection started really with the frustration of corona. We had the option, you know, to repeat ourselves, to do a perfect jacket and a nice linen dress and stuff. That’s nice, it’s beautiful, but we were super-frustrated, so we wanted to explore more.”

A while ago, Italian luxury brand Fendi also introduced crop tops and blazers for men at this year’s Milan Men’s Fashion Week, breaking clothing stereotypes based on gender.