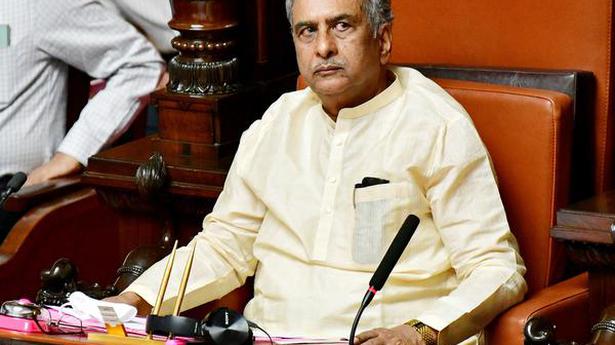 Former MLC and Congress leader Ramesh Babu on Thursday demanded a probe by a committee comprising five members of the Legislative Council into alleged irregularities in appointments to the Council secretariat and illegal salary payment of ₹48 lakh to the staff.

He demanded immediate suspension of officials pending inquiry against them. As inquiry by officials would not reveal actual facts in the appointment process, he demanded an inquiry either by a House committee or by the Karnataka Lokayukta.

As scams were being regularly reported in administration of the Council secretariat, Mr. Babu said an impartial probe would prevent looting of the State exchequer and ensure transparency in the appointment of staff in the secretariat.