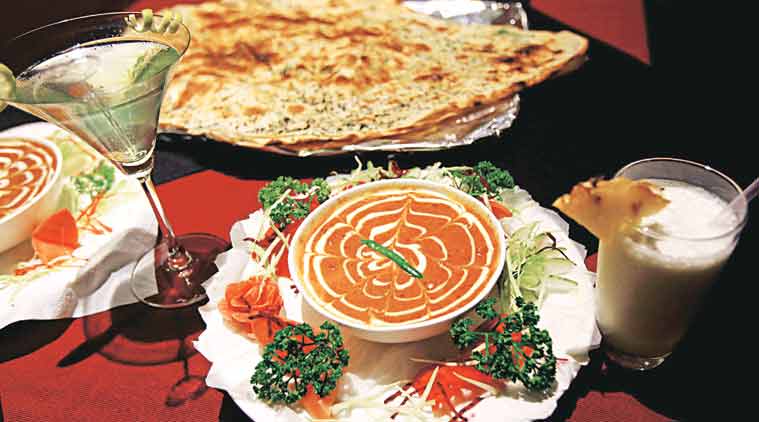 Every day, tens of millions of adherents across the country visit their places of worship to seek solace and sustenance for their souls and other, more earthly bits. Among these, lies another type of institution — the generic north Indian restaurant, where the cult of chicken (of the sect “butter”) resides at the apex of the godhead. Butter chicken and its infinite avatars, have evolved, if not into a composite religion, then at least into a faith constituting millions.

“I’ve been friends with this guy for more than 15 years. Every time we go out for a night about town, and I mean every time, it ends on a table laden with butter chicken and naan,” says Manu Chandra, Executive Chef and partner at Delhi’s Monkey Bar and The Fatty Bao, who is also Executive Chef for Olive Beach, Bangalore. He blames it on a global food profile. “Internationally, you cannot go wrong with a combination of butter, tomatoes and cream, whether you’re in Italy, India or the Isle of Man. So the butter chicken is one such composite that will engage palates around the world,” adds Chandra.

So what is about the butter chicken — the silken chatoyance of its curry, the utterly butterly finish of the dish, the entire experience or all of the above?

“It’s a complete meal in itself. All you need is some form of roti, while it is brilliant even without that,” says Manish Mehrotra, Corporate Chef at Indian Accent, Delhi. “It tickles palates across every generation, with a flavour combination that manages to appeal even to spice-lovers despite being non-spicy itself. If the French have mayonnaise and other mother sauces, the makhani gravy has surely become one of India’s,” he says, enumerating various derivatives such as Chicken Lababdar, Chicken Tikka Masala (the British invasion which was essentially butter chicken sans bones), or Murgh Makhanwallah, of course Mumbai-style. “Mumbai didn’t have butter chicken for a long time. Then it started appearing on menus as Murgh Makhanwallah, with the spices tempered to that region’s sensibilities. Now, like in Delhi, it is everywhere,” says Mehrotra. The Butter Chicken Biryani offered at Social in Delhi

The fittest butter chicken survives, and evolves — from the retro roti to new formats. While Monkey Bar boasts a Butter Chicken Khichdi, complete with achaar, papad, concussed tomatoes et al (khichdi ke paanch yaar), the Delhi Socials are gleeful about their Butter Chicken Biryani. “We wanted to change the paradigm of butter chicken and a bread, so we decided to play with a rice format. About a hundred food trials later, we reached the Butter Chicken Biryani; it has become a favourite,” says Gaurav Gidwani, Head Chef of the eatery.

The genesis of butter chicken (the original, to which Delhi beats its heart, hirsute or otherwise) is inextricably tied to the evolution of another standby, the tandoori chicken. The latter was reared in Peshawar, when young chef-restaurateur Kundan Lal Gujral, at the behest of his elderly mentor, strived to create a lighter alternative to the flavoursome but febrile kormas and fearsomely oily curries creating such havoc on his venerable insides. Gujral had the bright idea of skewering marinated pieces of chicken and sticking them into the tandoor, which was previously used only for breads, creating a gravy streaked dish without the gastric gravitas.

Thus the tandoori chicken was born and the future of north India’s snacks-while-drinking culture secured. A couple of decades later, when Gujral was setting up a new restaurant in Daryaganj post-Partition, Moti Mahal happened, complete with the tandoor that would seal his fortune. The refrigeration facilities or lack of thereof at that time led to Kundan Lal having to innovate again to avoid wastage, especially that of the tender, temperamental tikkas. He deduced that a tomato gravy, lush in butter and cream, would serve as his provender’s preserver and served it as such. The rest was a Punjabi veni, vidi, vici. 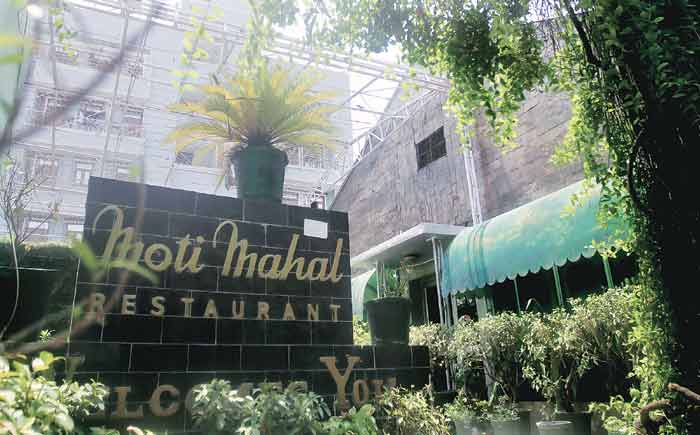 The first Moti Mahal was set up in Daryaganj in the 1950s.

Since then, the Gujrals have become the first family of chicken in the subcontinent. “It’s pretty funny. I meet chefs and restaurateurs who admit to blatantly copying Moti Mahal’s recipes but still not getting it exact. This is why we’ve never considered getting the recipe patented. I might do so and the next guy adds two teaspoons of salt instead of one-and-a-half, thereby making it his own. I’m just proud to be part of the legacy which created the dish and its impact on the Indian dining scene. Everyone knows Kundan Lal. That’s enough,” says Monish, Gujral’s grandson,who has made Moti Mahal an international entity, operating out of 100 outlets around the world, from India to the Middle-East to the US. The bestselling item across the continents? Butter chicken, mais oui.

A series in which we chronicle a dish that speaks of a city.