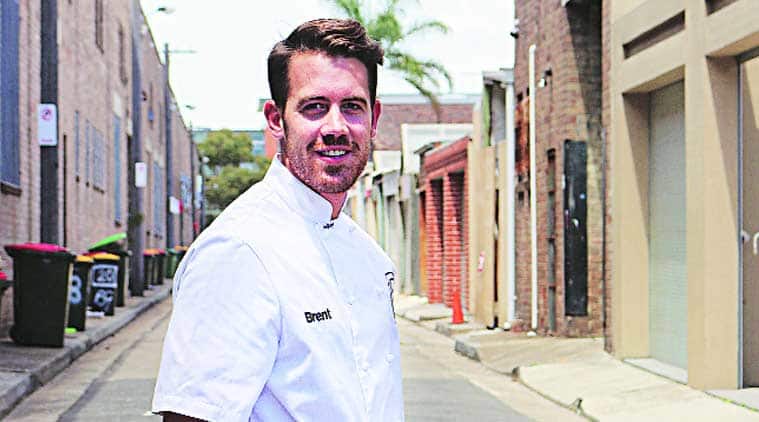 Brent Owens has been in love with food for as long as he can remember. For him, food is the greatest glue between people, a cultural connector that is at the epicentre of every festival, occasion and event across the world. And after being crowned the winner of MasterChef Australia Season 6, this young Aussie is likely to see just how much of a connector it is.

A bobcat operator and tradesman, who also played Australian rules football, Owens rose the ranks to beat 23 other contestants. It was a tough competition, where one can never prepare themselves because of so much pressure. “Not for a second did I think I could win this. There was always self-doubt,” says Owens who took to cooking at 16, but pursued it as a career much later.

After his win, he gave co-contestant Emelia Jackson $ 50,000 as part of their deal. “We had promised that whoever would win, would give that amount from their winnings to the other,” says the 25-year-old, who is in India on a multi-city tour to promote the new season of MasterChef. Owens is currently in Mumbai, where he is exploring spicy Indian street food. “Everyone’s been concerned about my stomach, worried whether I’ll be able to digest all this,” he says with a laugh. He’s gone through most of Mumbai’s must-haves. “Sev puri, paani puri, vada pao, idli, dosa, pao bhaji, we have nothing like this in Australia,” he reels off, his mind whipping up ideas to incorporate some of these tastes into dishes back home. It’s the bold flavours and unusual combinations that appeal to him and he is forever sniffing out new aromas and concepts to give the classics a spin and reinvent the traditional. “You don’t have to be a trained chef to get awesome results in the kitchen,” says Owens. In fact, it was his adventures in the kitchen that convinced his fiance and family that he had a future in cooking.

“My fiancé (Madison Ancrum) was the force behind pushing me for MasterChef,” says Owens. He confesses he may not have frequented high-end restaurants in Australia and isn’t too familiar with fancy names of dishes, but if there is one thing that he knows it is that food is meant to be cherished and shared. This is a running thread in his book, Dig In. Available online, Dig In, showcases Owens signature style and culinary expression. “It’s a simple book, the ultimate cook-yourself for beginners and those who have busy lives,” says Owens.

To be adventurous with ingredients, to find substitutes in local produce, to improvise on recipes is Owens’ mantra. There will be trials, errors and disasters, he warns, but that’s part of the learning. A fan of salsas and salads, his food philosophy is to create something that is fun, healthy and delicious. “For instance, in India, I have learnt how spices lend layers and character to a dish,” says Owens.