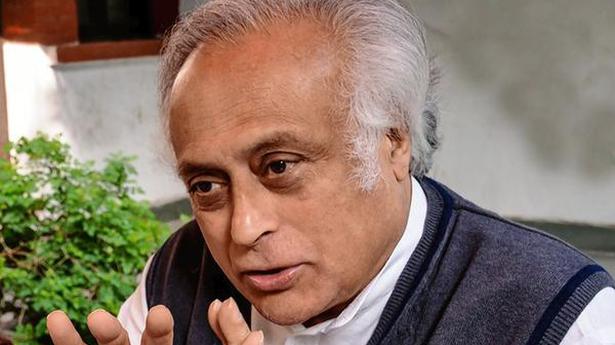 U.P. elections is the trigger for this “ïll-informed” debate started by BJP, says Cong. leader

Ahead of the monsoon session of Parliament where the BJP MPs are expected to bring in a private members bill on population control, Senior Congress leader Jairam Ramesh quoting from the government documents pointed out that by 2031 India will already have an ageing population to contend with.

Ravi Kishan (BJP) in the Lok Sabha and Prof. Rakesh Sinha in the Rajya Sabha are expected to move the bills. The move comes close on the heels of the Uttar Pradesh law commission putting up a draft bill on population control on its website, inviting suggestions from the public till July 19. It says people having more than two children in Uttar Pradesh will be debarred from contesting local body polls, applying for government jobs or receiving any kind of subsidy.

Mr. Ramesh said the U.P. elections is the trigger for this “ill-informed” debate started by the BJP. In a long tweet thread, he explained the futility of bringing such a law since the majority of the States have crossed the crucial tipping point when the decline in population starts. Kerala was the first one to achieve it in 1988 followed by Tamil Nadu five years later.

“By now, a large majority of States have achieved replacement levels of fertility. By 2026, Jharkhand, Madhya Pradesh, Rajasthan and Uttar Pradesh will also do so with Bihar being the last by 2030.”

Taunting the ruling party, Mr. Ramesh wondered how many in the BJP are aware of the basic facts that the Modi Sarkar’s own 2018-19 Economic Survey had presented in Parliament in July 2019.

The 2018-19 Economic Survey, which Mr. Ramesh quoted in his tweets, says States will start transitioning to an ageing society by the 2030s. It also pointed out that the 0-19 age bracket has already peaked in many States due to sharp decline in total fertility rates (TFR).

“By Modi Sarkar’s own estimate in the Economic Survey 2018-19, some States in India will have to prepare for an ageing population by 2031, not growing population. This will be driven by existing policies to empower women, family planning programmes and socio-economic changes,” Mr. Ramesh said.